Ron Keel’s 35-year odyssey as an entertainer has taken him from the concrete jungle of arena rock to the dirt roads of country music and back again. Keel’s legendary major label debut “The Right To Rock” was produced by KISS’ Gene Simmons – they went on to notch three albums on Billboard’s Hot 100.

After selling millions of albums and touring the world as both a heavy metal screamer (KEEL, Steeler, and a brief encounter with Black Sabbath) and a country music artist, he has combined those elements into a powerful sound he calls “hard rockin’ southern country metal” with the Ron Keel Band. The EMP Label Group has created a special southern rock/outlaw country imprint called EMP Outlaw with the RKB as their flagship artist; the debut album, “Fight Like A Band,” will be released in 2018.

In addition to Ron, RKB features lead guitarist DC Cothern, bassist El Diablo (aka Geno Arce, also a longtime member of KEEL and other Ron Keel projects), The Rev on drums and keyboardist Dakota Scott (the latter two are both members of the South Dakota Rock & Roll Hall Of Fame). They have been together for three years – starting out as the House Band for a Sioux Falls entertainment complex called Badlands Pawn. During that time, they toured heavily on their own and with Midwest legends Hairball, and backed up other singers like Paul Stanley, Jack Blades, Kip Winger, Mark Slaughter, Don Dokken, and Stephen Pearcy – and for a 2016 Sioux Falls performance they did a set of covers mixed with Megadeth hits with EMP founder David Ellefson.

Those experiences tightened the band into a well-oiled musical machine and also cemented their bond as friends. So when Badlands went out of business, they chose to stick together and “Fight Like A Band,” hence the title track of the new album.

“We’ve been through hell and back together,” Keel confesses. “Everyone in the band sacrificed a lot, some leaving their homes, gigs, families and friends to be a part of that project. When it was over, we were too strong and too stubborn to stop, so we renamed it Ron Keel Band and kept doing what we do – kicking ass.” They pursued a relentless touring schedule this past summer – headline shows in front of tens of thousands included the Sturgis Rally, Hot Harley Nights, casinos, fairs, festivals, and arenas plus tour dates supporting Tesla.

When it came time to take the project to the next level with a worldwide album release, Ron looked no further than his old friend Ellefson and the EMP Label Group.

“I see this as a series of albums,” he explains. “Each one containing new original music, covers of some classics that I love, and brand-new versions of songs from throughout my career.” Already in the can: a medley of the KEEL hits “The Right To Rock,” “Because The Night,” “Tears Of Fire,” and “Somebody’s Waiting.”

“The fans and I are in total agreement – we treasure the Keel classics from the 80’s, and I’ve always wanted another shot at those vocals. I was young and green then, and the singer that cut those tracks had a lot of growing to do as a vocalist. Now after three decades of practice, I am delivering those songs with new strength and authority that was missing on the original recordings.”

RKB has a tradition of tackling iconic southern rock anthems like “Ghost Riders In The Sky” and “Homesick,” and plans to continue that formula with this release. “I considered at one point creating an entire album to pay tribute to the giants of that genre,” Keel explains. “One song each from the legends like Outlaws, Blackfoot, Hatchet, Skynyrd, Allman Brothers…we’re going to record a bunch of those and see what we have room for this time, but we also have to include our new originals and the Keel songs to really define our identity as a band.”

2018 promises to escalate the mayhem to a fever pitch, as the Ron Keel Band plans to tour heavily in support of the new album. Ron is also confirmed to appear at the 2018 Atlanta KISS Expo and will reunite with the original Keel band again for their fourth voyage on the 2018 Monsters Of Rock Cruise in February.

“My philosophy has always been to live each day, each show, each song as if it were my last,” says Ron. “Tomorrow is not guaranteed for any of us…and this new album stands as a monument to our fans, the tough guys in this band, and my legacy as a small thread in the epic tapestry of rock & roll.”

EMP Outlaw is also reissuing Ron’s 2014 solo album “Metal Cowboy,” which set the stage for the sound and image of the Ron Keel Band. “Metal Cowboy” was the first album of his career completely written by Keel, and features guest appearances by Frank Hannon (Tesla), Mike Vanderhule (Y&T), Paul Shortino, Brent Muscat (Faster Pussycat) and others.

Ron Keel’s official autobiography “Even Keel: Life On The Streets Of Rock & Roll” was published in 2014. National Rock Review says this about it:

“Ultimately, this book is more a story of drive and persistence than ‘just’ a Sunset Strip rock book. It’s a lesson in survival. Of being humble and doing everything it takes to achieve what you love to do. You’ll buy the book for its nostalgia. You’ll finish it feeling you can do anything you set your mind to.” 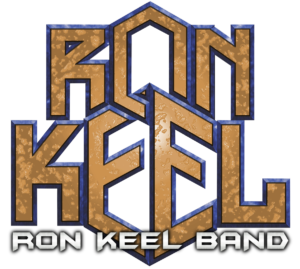